Mary Kendrick is a new mom of a baby boy who was born on July 22, 2019. She named her little guy, David, due to his flaming red hair and struggle through her pregnancy. The first two trimesters were normal just like any normal baby. It was at the beginning of the third trimester that Mary’s gynecologist told her that unborn baby has IUGR, or better known as intrauterine growth restriction. IUGR is a condition where the unborn baby begins to stop growing. This can be noticed when the ultrasound is recording little to no growth throughout consecutive visits. When Mary began her eighth month, she began to feel labor pains and was directed to go straight to the hospital. There she received two steroid shots to help the unborn baby’s lungs completely develop, just in case of premature labor. Turns out, that Mary was able to hold out and she went back home. It wasn’t until two week later, at the end of her thirty-sixth week, that she went into full blown labor and gave birth to a baby boy weighing 4.7 lbs., whom she named David.

Though, David made it through eight months of pregnancy, he was still considered a premature baby. One of the things that bothered the new mother was the baby’s head shape. She was unsure if the baby’s head shape looked normal. When you looked at David’s head from a bird’s eye view, you could see four bones that appeared to be high-pitched at the tips. After her first visit to her local pediatrician, the doctor reassured her that this is normal for a premature baby since the skull did not begin fusing together. A full-term baby’s skull is a bit more mature and though the bones are still not fused together, they are positioned symmetrically. In David’s case, the sutural bones looked a bit strange due to the premature birth but were still considered in the normal range.

Babies head shapes: When to worry?

Does the baby’s head have any asymmetries?

Does the baby have a slight tilt in the neck?

Assuming your baby is beginning to hold its head by itself, look and see if the neck is tilting to one side or are they having difficulty turning their head. Both refer to a condition called torticollis. In most cases of where plagiocephaly exists so does torticollis. Sometimes you can beat the head deformity by catching the torticollis early. This could be done by providing the baby with early intervention neck therapy. The therapist will massage the tight neck muscles to get the baby to stop leaning towards one side. This will allow the weight of the head to be evenly distributed which prevents plagiocephaly.

When should I worry about my newborn’s head shape?

The first thing moms should know is that its normal for a newborn’s head shape to look odd. The bones in your newborn’s skull are soft and flexible which helps them during labor and delivery. As the baby passes through the birthing canal, the greatest challenge is for the head to gain complete clearance. Soft spots or fontanelles in the baby’s skull create just enough give for the head to peek out. These will eventually close as your baby grows older. When the baby’s head is having difficulty making it through the birthing canal, doctors will often select to go with a caesarean delivery, which is the safest choice for both mom and baby. In a natural birth, all the stress on the baby’s head can result in it become pointy or elongated.

Over the course of the next few weeks moms should be able to see an improvement in the baby’s head shape. If you are concerned that things just don’t look right, make an appointment with your local pediatrician. He or she will determine if the baby’s head shape is normal or perhaps a condition referred to as flat head baby syndrome is present.. If your doctor tells you that all is normal, but your gut is telling you otherwise, get evaluated by a local orthotist. They will do a complete analysis of your baby’s head and determine if treatment for plagiocephaly is required. The earlier we identify that the flat spot on the baby’s head is plagiocephaly, the shorter the treatment period will be.

My pediatrician told me that my baby has positional plagiocephaly, should I be nervous?

No, positional plagiocephaly is present in 50% of newborn babies. Flat head syndrome is very common and early detection is key. So, if your doctor tells you within the first three months, the better it is for you and your baby. As each case varies, a local cranial clinic will determine what therapies are necessary for you to get your baby’s head back to a symmetrical one. Sometimes a baby helmet will be necessary and sometimes manual neck therapy will be enough. In all scenarios, the therapist will encourage at home neck exercises and the monitoring of sleeping habits. Before you know it, this short period in your infant’s life will be forgotten and he or she will be like any other cute baby.

Plagiocephaly is not dangerous but should not be ignored. When parents choose not to treat flat head baby syndrome, the one who is affected most is the child when it grows up. Over the past ten years, plagiocephaly has gotten significant awareness, and most insurance companies are beginning to pay for helmet and manual therapies.

Parents need to peer into the future and place themselves in their child’s shoes when they are in grade or high school. A slight head deformity can cause the boy or girl to become embarrassed about their head shape. This may make them become socially isolated or even be a target of school bullying. When there is a bully in the classroom, it does not take much for a bully to identify an easy target, and a slight head deformity might just be that.

Treating your baby’s plagiocephaly might mean adjusting your daily schedule or getting down on the floor more often with your baby during tummy time. It’s best to try and get the whole family involved and make it  fun rather than stressful. When you visit the cranial specialist for the weekly therapy session, they will ask “How often are you doing the neck exercises with your baby?”. Parents and family will play a major role during the treatment period and can either shorten or prolong the time of therapy.

After the second visit, the pediatrician determined that your baby’s head shape is normal. As a concerned parent, you want to make sure that your baby is moving their neck and is not confined to one or two positions throughout their waking time. In today’s hustle and bustle environment, moms and dads often forget that their newborns need to exercise too. There are many toys out there which can assist you, but as a parent, you need to make sure that your baby is stretching its neck muscles. Just like you make time for yourself to go to the gym, so to your newborn baby needs to be on the floor, doing tummy time. As they get stronger, they will be less likely to prefer leaning to one side, which is often the culprit of flat head baby syndrome. The best thing parents can do is to engage their baby in neck exercises throughout the day. When your baby is tired, try and lay them on your lap and massage those neck muscles. All of this will be the best prevention for flat head baby syndrome. 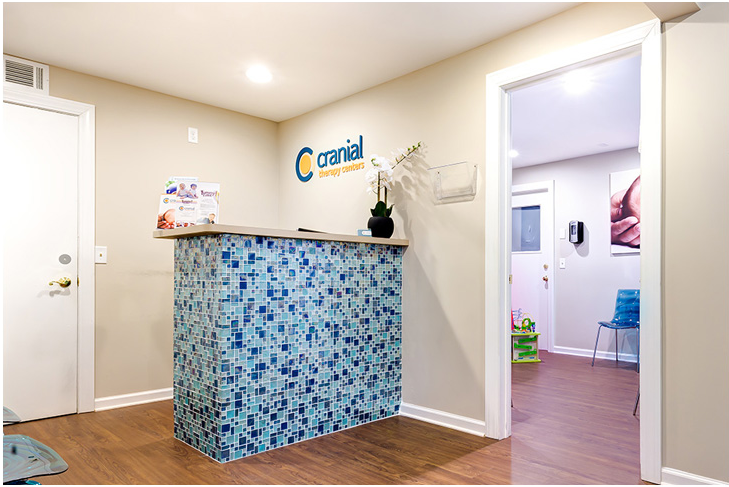